This standard addresses the quality assurance review and web application source code testing for software development projects.  Comprehensive testing of web applications is important in mitigating problems during production processing and is critical in protecting sensitive data and minimizing risks to our university.

The Web Application Software Testing standard exists to ensure that consistent and thorough processes are followed during the release of new software by the developer(s) to the campus community.

These standards apply to all individuals who develop and deploy Web applications.  The target audience is anyone who has responsibility for designing, developing, reviewing and approving web applications.

Immediately following the completion of source code modification(s) and prior to deploying software changes to production:

Web Application- For the purposes of these IT Security Standards, a web application is defined as any application that connects to a campus network and/or the Internet and that dynamically accepts user input.

Anyone who develops and/or maintains web application source code is expected to have knowledge of and exposure to the best practices for software testing as reflected in software development life-cycle methodologies.

Developers may be required to produce documentation or other evidence verifying compliance with this standard.  If found to be non-compliant and the problem is not resolved in the timeframe determined in consultation with the Information Security Office, the host device may be removed from the Cal Poly network until it does comply.  If it is technically infeasible for an information asset to meet this standard, departments must submit a request for exception to the Vice Provost/CIO and Information Security Officer for review and approval. 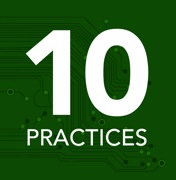 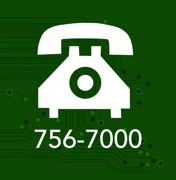